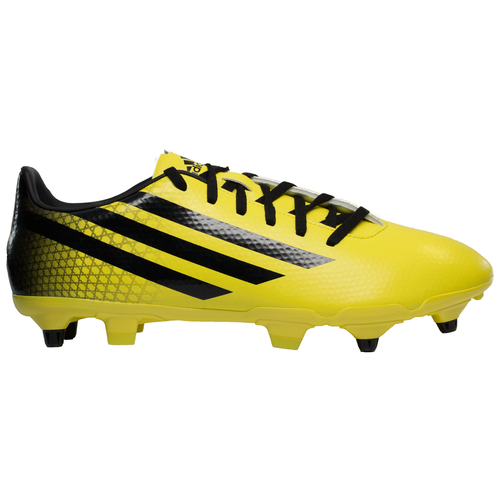 Created to replace the RS7 when adidas discontinued the adizero line, the Malice is designed for the mavericks of the team, those who change the game and benefit from the boots lightweight make-up for optimised speed and agility. The boot itself has a textured upper and a unique rugby stud configuration to support lateral movements, for an elusive running game and ultimate traction.

Speed is the aim with these boots, that have specifically designed flex zones to give that needed stiffness in the mid foot whilst allowing the crucial flex in the forefoot for acceleration. A 5mm heel raise puts you in the optimum running position. This pro level Malice is the same boot as worn by the likes Israel Dagg, Julian Savea, Ma’a Nonu and plenty more adidas contracted players.